What Makes PR Nearly as Stressful as the Battlefield? What’s nearly as scary as battling a wall of flames, navigating your way around IEDs in a warzone or crash-landing a plane on the Hudson River?

Apparently, it’s being grilled by an irate newspaper editor, explaining to a client why their competitor is on the front page and not them or organizing a press conference where no one shows up.

After soldiers, generals, firefighters, airline pilots and event coordinators; PR executives have one of the most stressful jobs.

That’s according to the rankings of the most stressful jobs released by CareerCast. (See list below.)

CareerCast says: “Jobs such as public relations executive, newspaper reporter and event coordinator are among the most stressful because of tight deadlines and scrutiny in the public eye.”

I would like to put my own explanation forward. You can control many things in this world–your physical fitness if you’re a firefighter, your altitude and heading if you’re a pilot, your own expectations if you’re doing just about any kind of task–but you cannot control other people.

All you can do is influence them.

Will the reporter accept your pitch? Will the Facebook fans engage with your promotion? Will the assignment editor send a camera? That’s just the media side of the equation.

Will the client approve the release in sufficient time for you to pitch their news? Will he or she deliver the messaging during the interview? Will they keep their cool when they get a tough question?

Will the big, creative idea you talked your boss into meet expectations? Can you manage the crisis and get the facts out before it blows up into a media or social media sh*tstorm? (Editor’s note: That’s industry jargon, which I normally advise clients to avoid. ;-))

You can do a lot to ensure successful outcomes – develop tough questions and practice them in advance with your client, draft messaging and make sure your client reviews it, set a project timeline that incorporates client reviews and revisions, build strong media relationships and a reputation for accuracy and responsiveness, have a monitoring program that alerts you in real-time when bad news hits, etc.

But it’s up to other people to make the final choice, adopt the desired behavior or change their mindset.

The stressed out PR executive is basically walking through a minefield of human relationships, watching for that spark of backlash that becomes an inferno or that updraft that has them soaring high one minute and then a wind sheer bringing them crashing down the next.

So, how does a good PR exec stay cool? They seek to control the only thing they truly can, and that is themselves. Develop sound strategies and a plan for implementation, get buy-in from the plan’s closest stakeholders and then work the plan. A healthy dose of paranoia will also help – expect the best but always prepare for the worst-case scenario.

The right attitude becomes your ‘flak’ jacket. You get used to understanding what you can control and what you cannot while always being upfront and clear about that in your dealings with news media and clients. You also look at lists like the top 10 least stressful jobs and say to yourself, “No thanks. Where’s the challenge and creativity in that?” 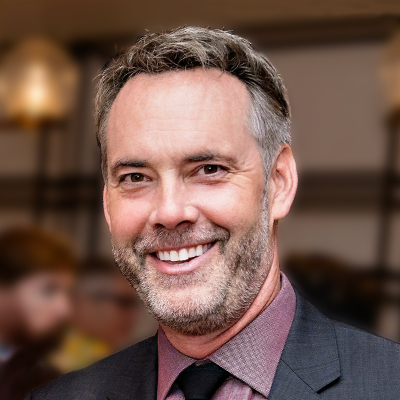